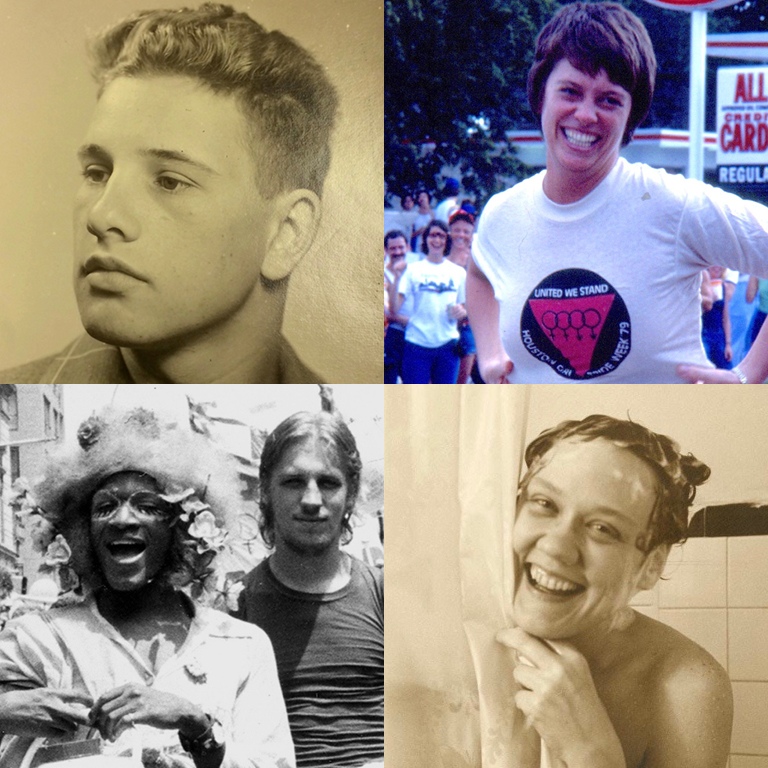 This is Making Gay History and season two is almost here.

I’m Eric Marcus, and nearly three decades ago I wrote an oral history of the LGBTQ civil rights movement. Crisscrossing the country, I recorded interviews with a hundred people.  Some well known, others whose stories had never been told. Last season, I introduced you to some amazing pioneers.

But one person I loved was Shirley Willer. Her passion to change the world came from heartbreak, from seeing a friend left to die simply because he was gay.

Shirley Willer: Anybody who calls themselves an American, who believes in any kind of religion, to deliberately allow someone to die or force them into a position where they’re going to die, it’s unforgivable.

Eric: For Hal Call, it was getting fired that changed the course of his life.

Hal Call: He said, “We can’t have anybody like that working for the Kansas City Star.” And I said, “Well, that may be so, okay, but if you fired all the homosexuals on the Kansas City Star you wouldn’t get the newspaper out.” I mean, you couldn’t even set the Linotype at the time.

Barbara Gittings:  So we called it “Hug a Homosexual.” And we stripped it down to the bare gray curtains and we had a sign up, “Men Only” at one end. And “Women Only” at the other.  And we stationed ourselves to give free same-sex kisses and hugs. Well, let me tell you, the aisles were jammed, but nobody came into the booth.

Eric: Sometimes just surviving is a radical act. For Morris Foote, an Idaho newspaper headline about gay men being rounded up and arrested drove him to leave town.

Morris Foote: I looked at that and said, is that act illegal? I thought anytime you had sex in privacy no one would bother you. It was two adult men. Here they had the men in jail on felony warrant and well, I think I better move out of Boise and not be around there anymore. I didn’t want to go to the penitentiary.

Eric: And Randy Wicker and Marsha P. Johnson, whose methods for securing gay rights couldn’t have been more different.

Randy Wicker: Were you one of those that got in the chorus lines and kicked their heels up at the police, like, like Ziegfeld Follie girls?

Marsha P. Johnson:  Oh, no.  No, we were too busy throwing over cars and screaming in the middle of the street.

Eric:  So that’s just a taste of what’s coming up over the next ten weeks as we dive back into the past. I like to think that if we know where we’ve been, we have a better chance of figuring out where we’re going. And right now we need all the help we can get.

Don’t forget to subscribe to us on iTunes, Spotify, Stitcher or wherever you get your podcasts.  And check out makinggayhistory.com, where you can join our mailing list, listen to past episodes, and get a heads up about new episodes and events.

Eric:  I’m not running out of tape!  So many more stories to come.

Join us March 2nd, for the first episode of Season Two.